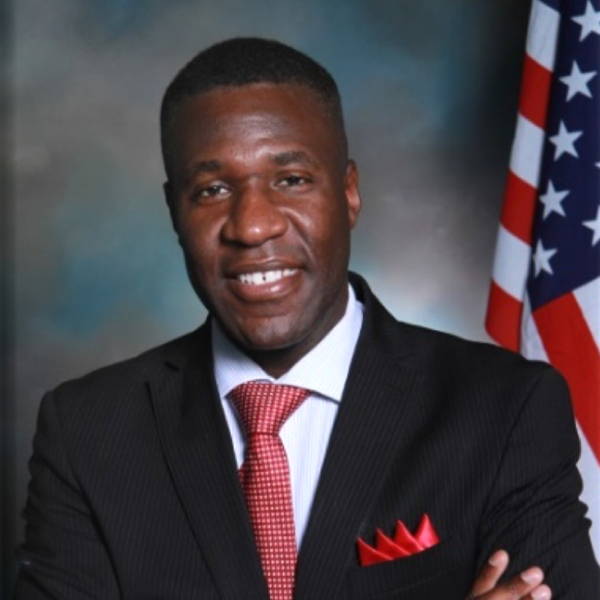 Art McCoy, Ph.D., is an inspiring internationally recognized educator and champion of children. At age 19, he began his career as a mathematics teacher in the Rockwood School District after graduating Magna Cum Laude with a Bachelor of Science, reportedly as the youngest certified teacher in Missouri.After receiving a Doctor of Philosophy, he was named as Pattonville’s K-12 Gifted Director at age 25. In December 2010, Dr. McCoy became the youngest and first African-American Superintendent/CEO of Ferguson-Florissant School District at age 33 and a leader for Harvard’s Pathways to Prosperity. From 2014 to 2016, he served as the Superintendent-in-Residence/Chief Academic Officer of the MIND Research Institute and the Center for Education Innovation/Base 11 in Irvine, California, supporting over 1 million students and 2500 schools and colleges across America.

In February of 2016, he was recruited to return home and named as Superintendent in Jennings School District. Under Dr. McCoy’s leadership, four Jennings senior classes achieved 100% graduation, career, and college placement as featured on Fox 2, CNN, and ABC Primetime TV. In 2019, Jennings School District made history by performing at the “Accredited with Distinction” range. For the first time in the state of Missouri a district with over 90% students on free meals achieved over 90% on the Missouri Annual Performance Reports and accreditation.Dr. McCoy has served on numerous executive boards including the MUNY, Sheldon, St. Louis Children’s Hospital, Commerce Bank Business Advisory Board, Ranken Technical College, University of Missouri-St. Louis Chancellor’s Council, STL.Works,  and the Missouri Chamber of Commerce 2030 Alliance.Dr. McCoy is a two-time NACCP Inspiring St. Louisan, 2017 PBS American Graduate Champion, 2018 UNCF Keeping the Flame Awardee, and 2019 International Outstanding WE Educator. He has inspired scores of innovative initiatives, raised more than 15 million dollars, authored many articles, two books, and founded S.A.G.E.S., with the mission to “Sever the Achievement Gap in the Education of Students and Sever Attainment Gaps Existing in Society.”