Mbita is a rural town located on the Western end of Kenya and on Eastern side of the Lake Victoria, the second largest fresh water lake in the world. While it is relatively a small town, it is bustling with people, animals and energy. Because it is near the water, the community benefits from the trade industry, farming, fishing and small scale cottage industries like: selling food, building and construction  and more.

While Lake Victoria is a great source of food for this community, there are also several foods unique to Mbita. One unique meal includes a wet bread (ugali) which is a mix of corn/grain flour and water and is usually eaten with a fish, typically tilapia, nile perch, or sardines. There are also many vegetables, such as kale and cabbage, which is generally a side dish. One of the most favored meals, however, is called chapatti. This is a Jewish-style dough which is enjoyed with lentils. Some of these are an important part of the Mbita culture and community.

Culture in Mbita is vibrant. They have annual celebrations on  Rusinga island (the Rusinga Island Cultural Festival). This two day festival takes place in December and includes tons of music, fashion, films, arts, literature, sports, conversations, and more! One of the interesting parts of this festival is wrestling. This non-violent event begins with a referee who signals the wrestlers (who are usually fisherman) to begin the match. While the “fight” is a great source of entertainment, it is also used for bragging rights of the men included so they can show off their unique villages. Throughout the festival, there are many traditional groups who perform dances in their tradional regalia enjoy local foods and fun races. The festival also helps the younger generation to learn and understand traditional practices and the importance of community. 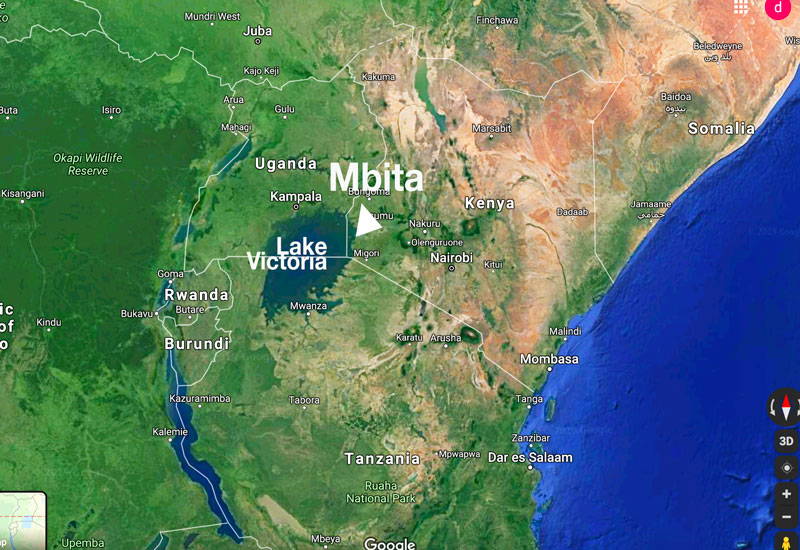 Mbita is located in Western Kenya near Lake Victoria 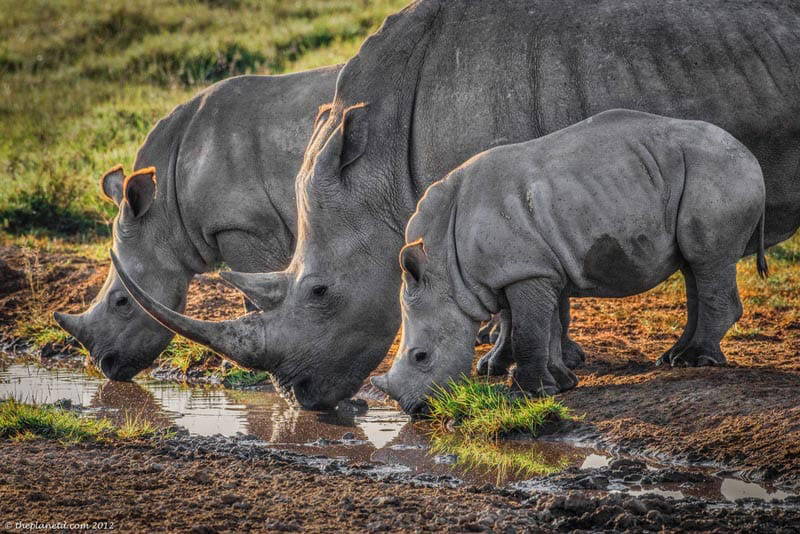 Rhinos are endangered because of poachers 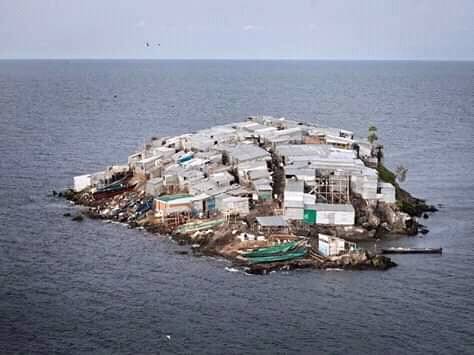 A populated island in Lake Victoria 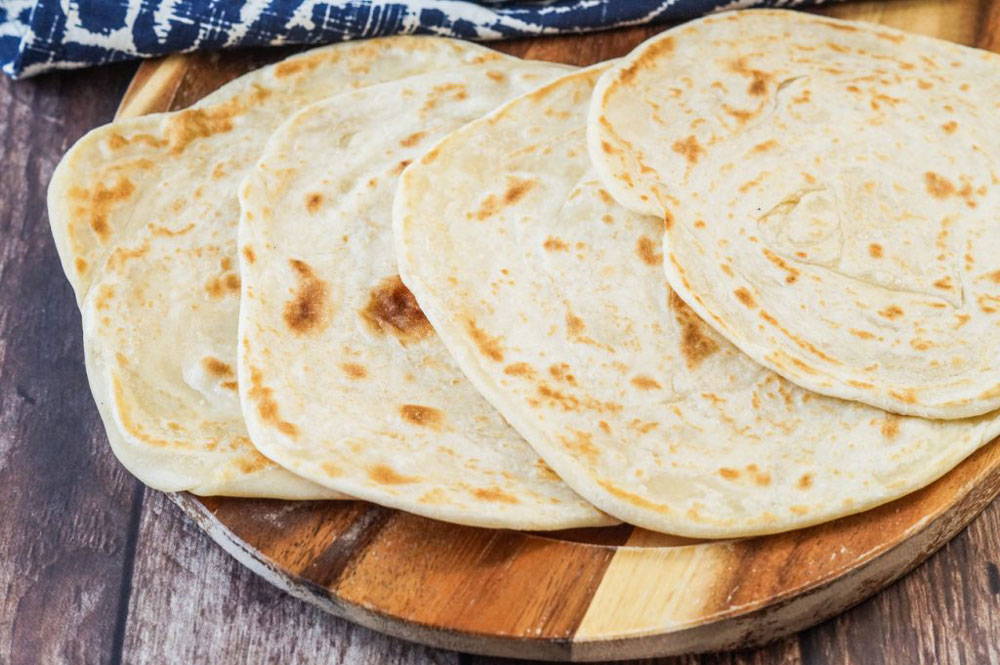 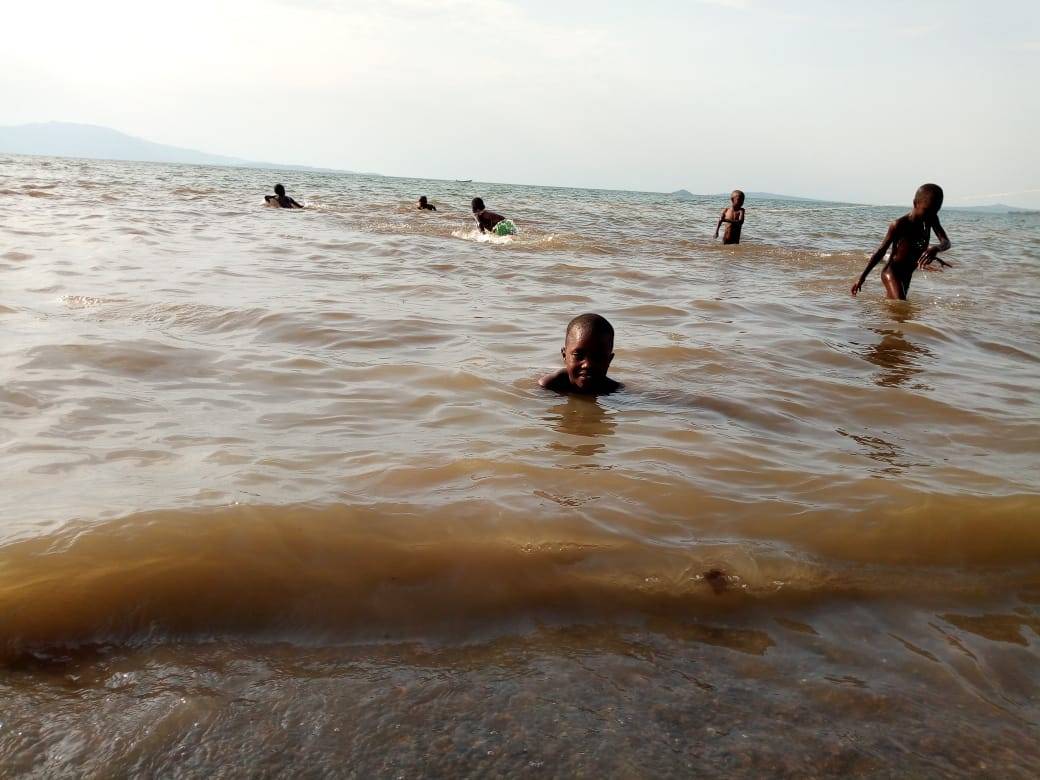 Enjoying a swim in Lake Victoria 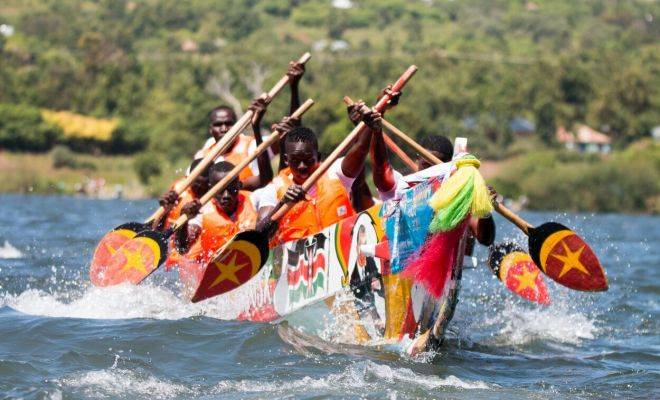 Festivities at the Rusinga Island Festival 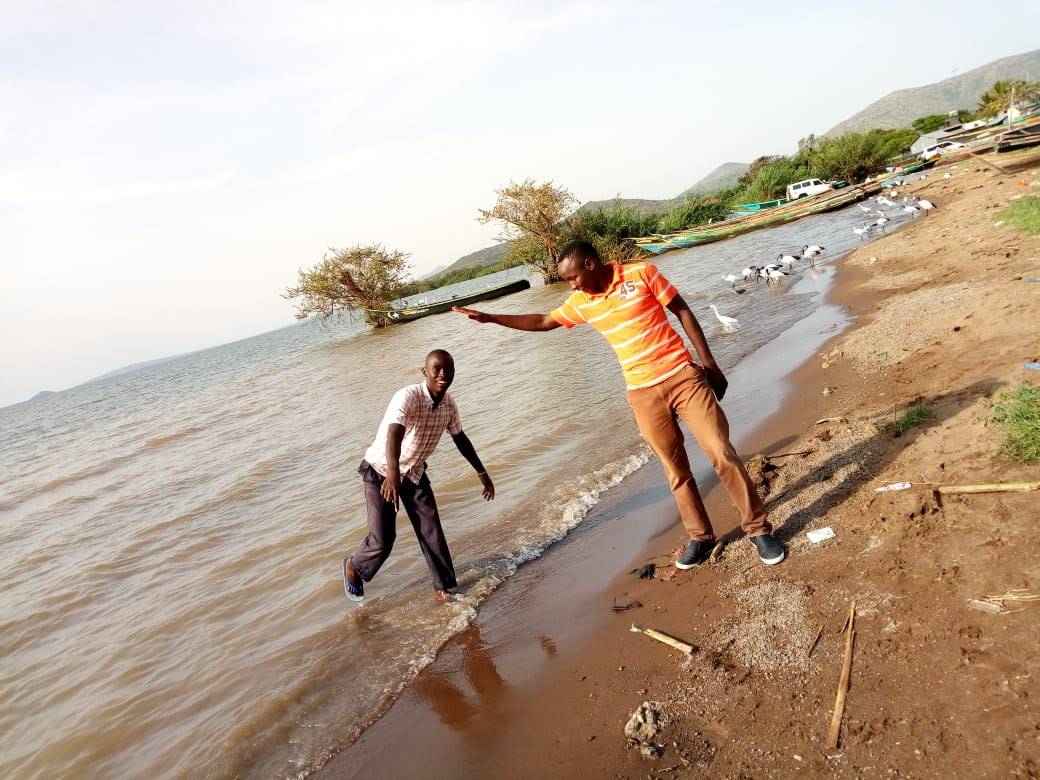 Even the adults have time for fun at the lake 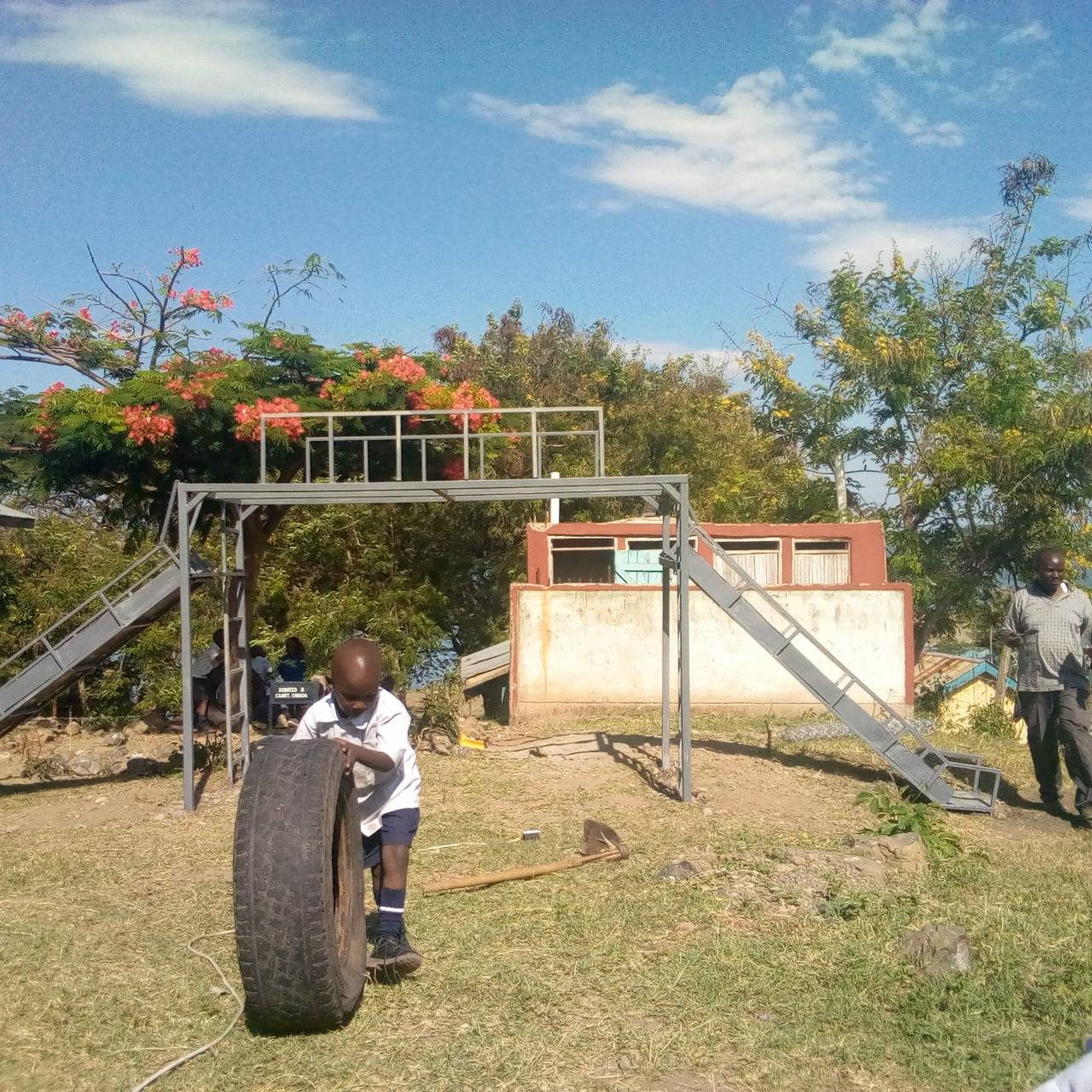 Background: The Hope School was founded in 2011 with a mission to provide quality early childhood care and education to needy, orphaned and vulnerable children in Mbita community. The school and teachers have a huge heart for the children and help them by teaching school subjects, as well and educating them about health and nutrition

Mission: EDTEC Academy, rooted in service to humanity, seeks not only to prepare students academically, but equally strives to produce responsible citizens for our community and our world. Provision of education, healthcare and nutritional support to needy, orphaned and vulnerable children of Usare village remains our core mission in this part of the world. 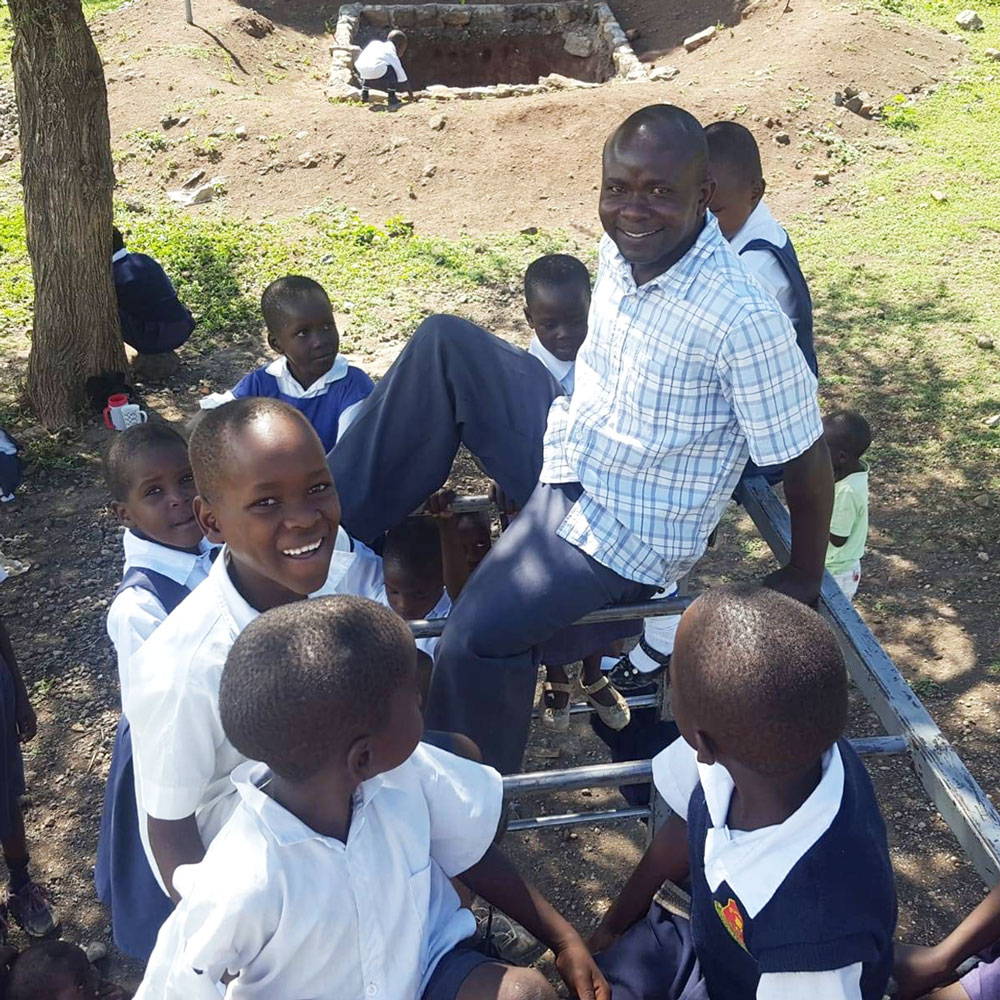 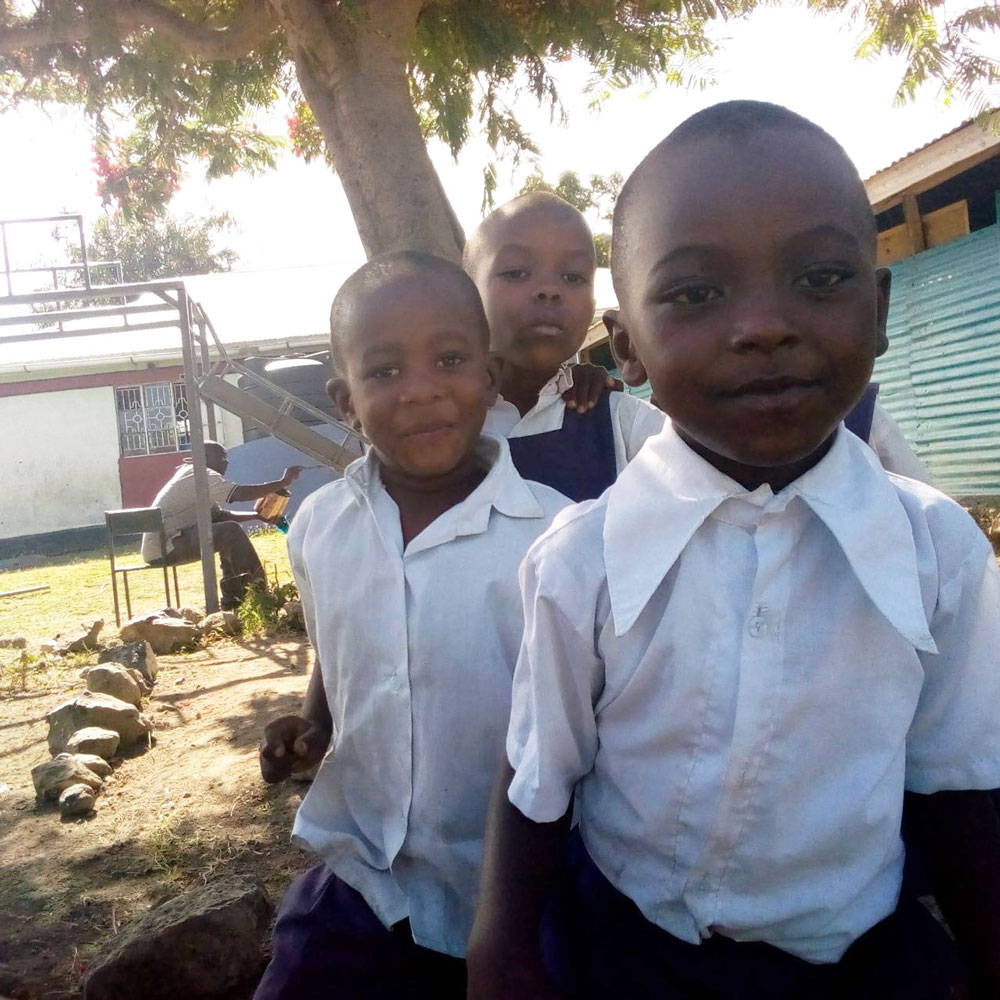 Core Values: EDTEC exists to build a community in which everyone and children in particular, is empowered and equipped with life skills to lead socially and economically empowered lives.

To learn more about the Hope School visit them at  https://edteckenya.webs.com

We started the project learning a bit about 3DuxDesign. We couldn't believe that kids actually created a whole company! The children were thrilled to have these materials as a fun tool for learning. They had never seen anything like this! 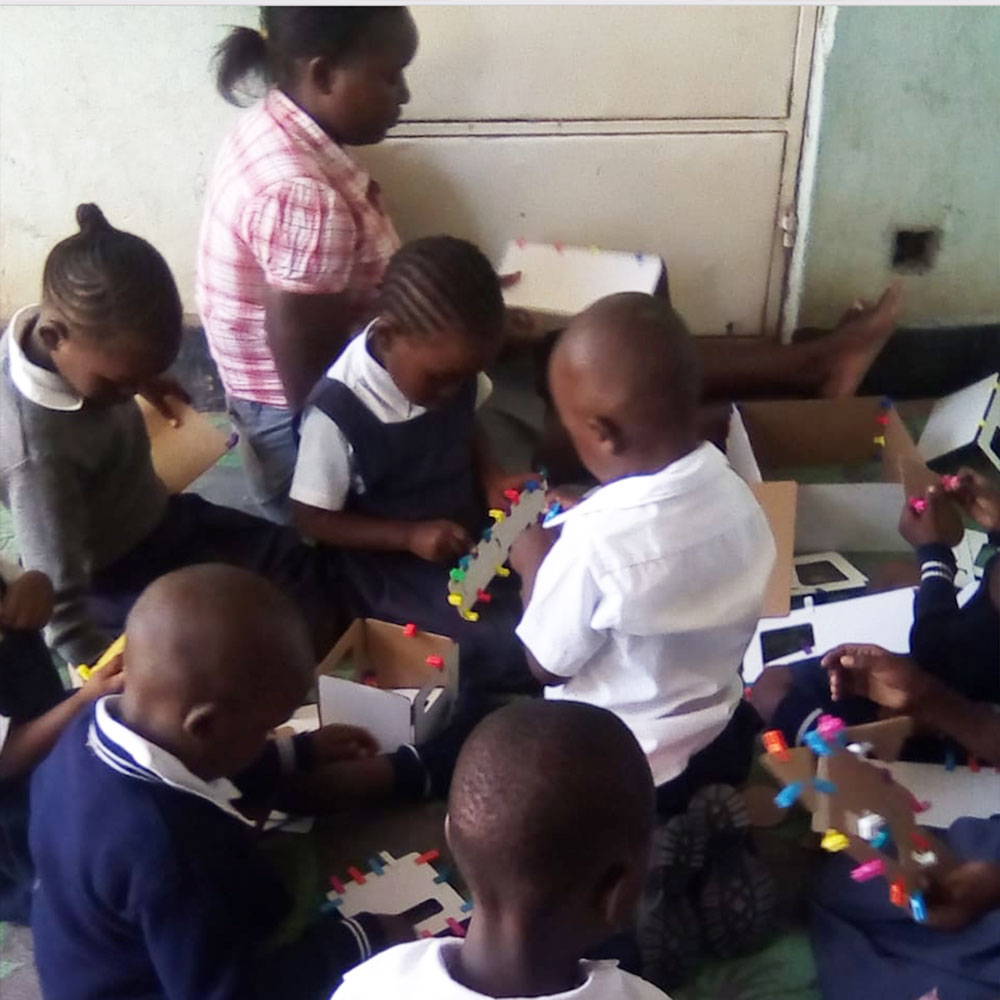 At first, the children all just wanted to see how the connectors worked with the cardboard. They loved the colorful connectors and learning about the different angles. Even the teachers were having fun! 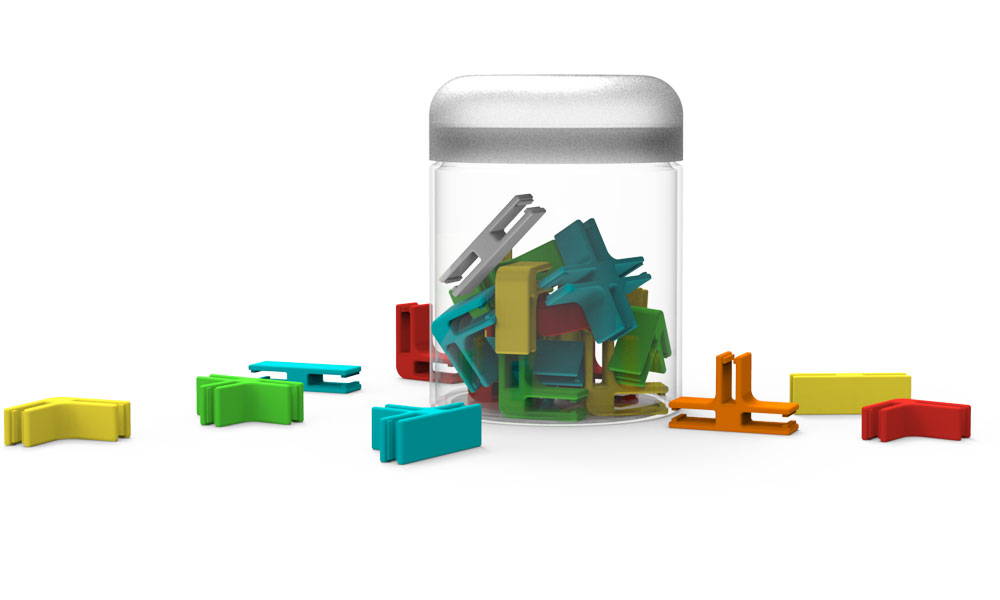 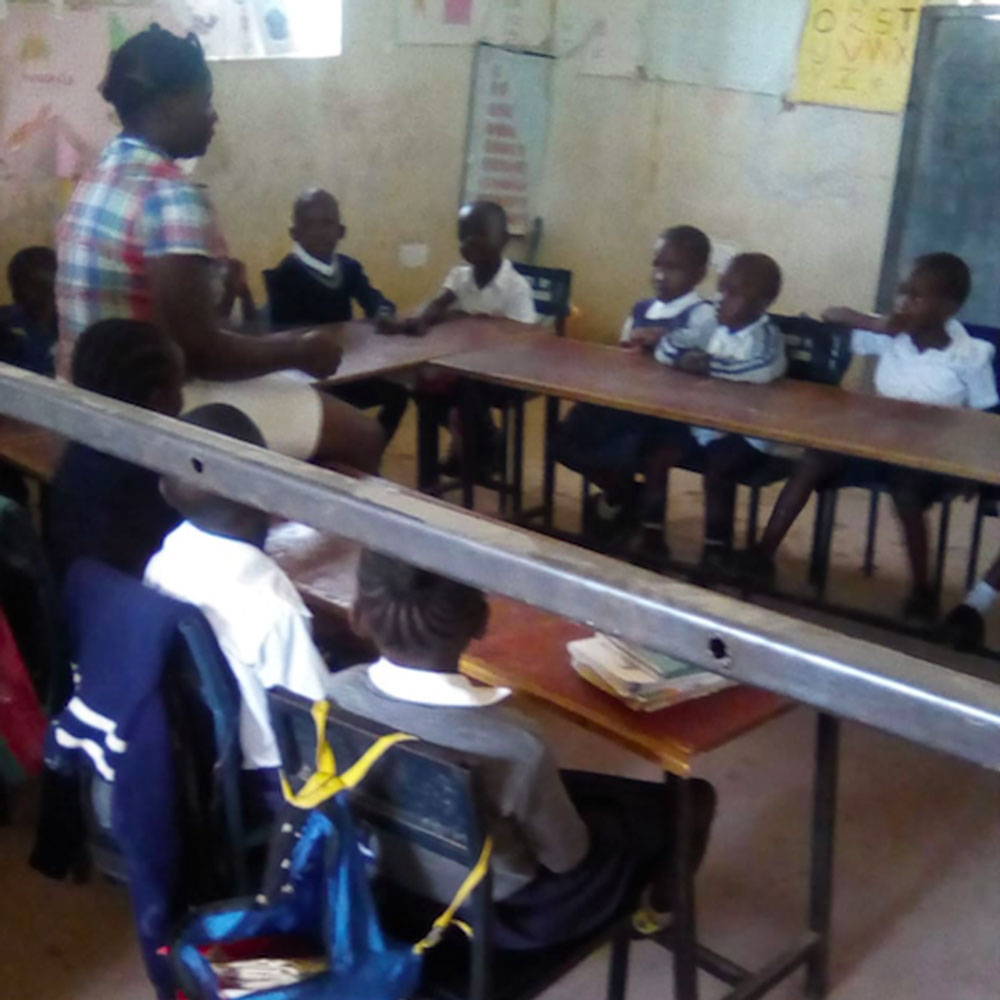 Elementary school students are inspired to learn about 3DuxDesign founders

Mbita is a small community and collaboration is a very important part of their daily lives. Children  learn very early how important it is to work together both in school and in the village as well. So working together on this project was easy for these future architects! 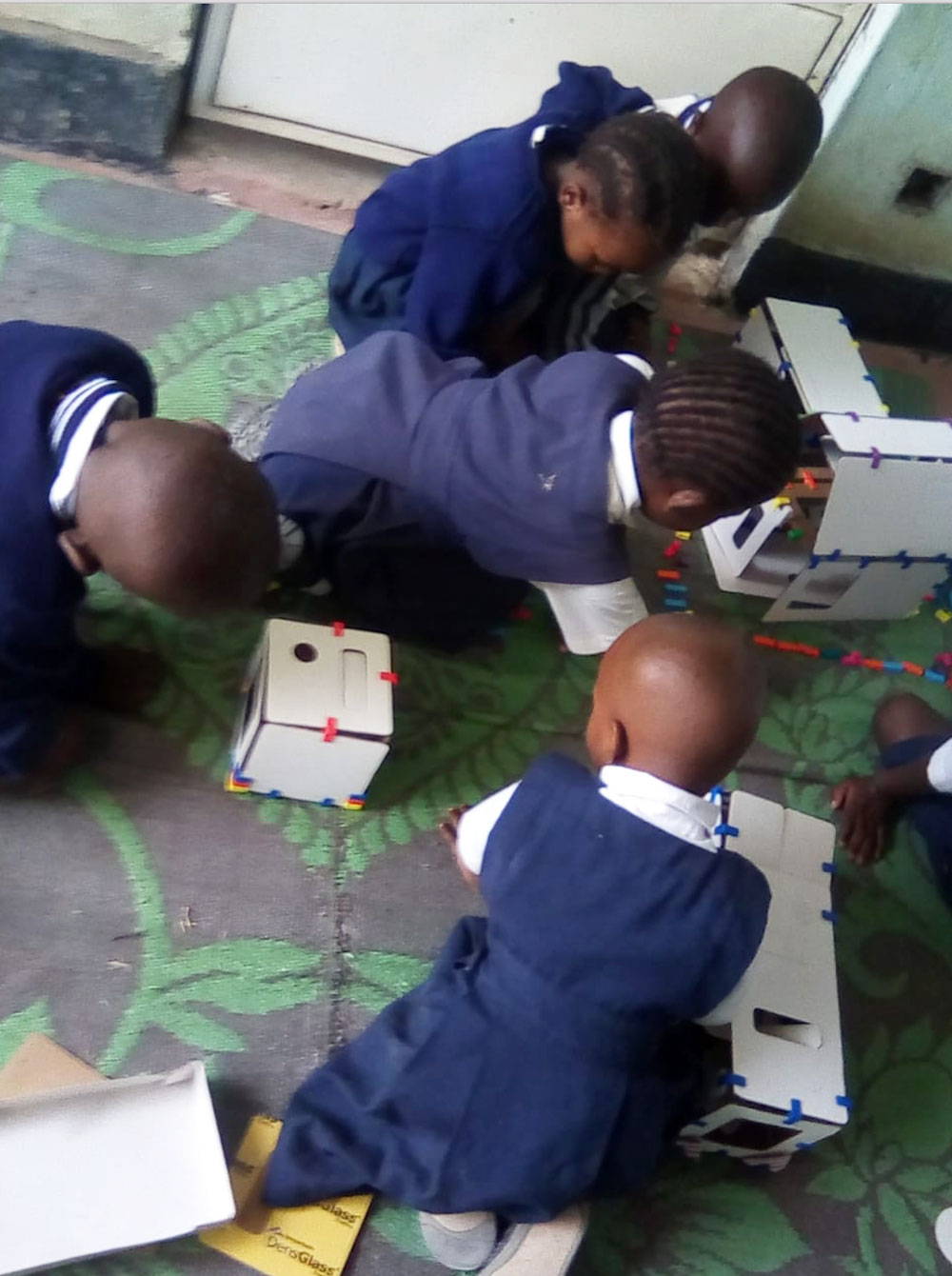 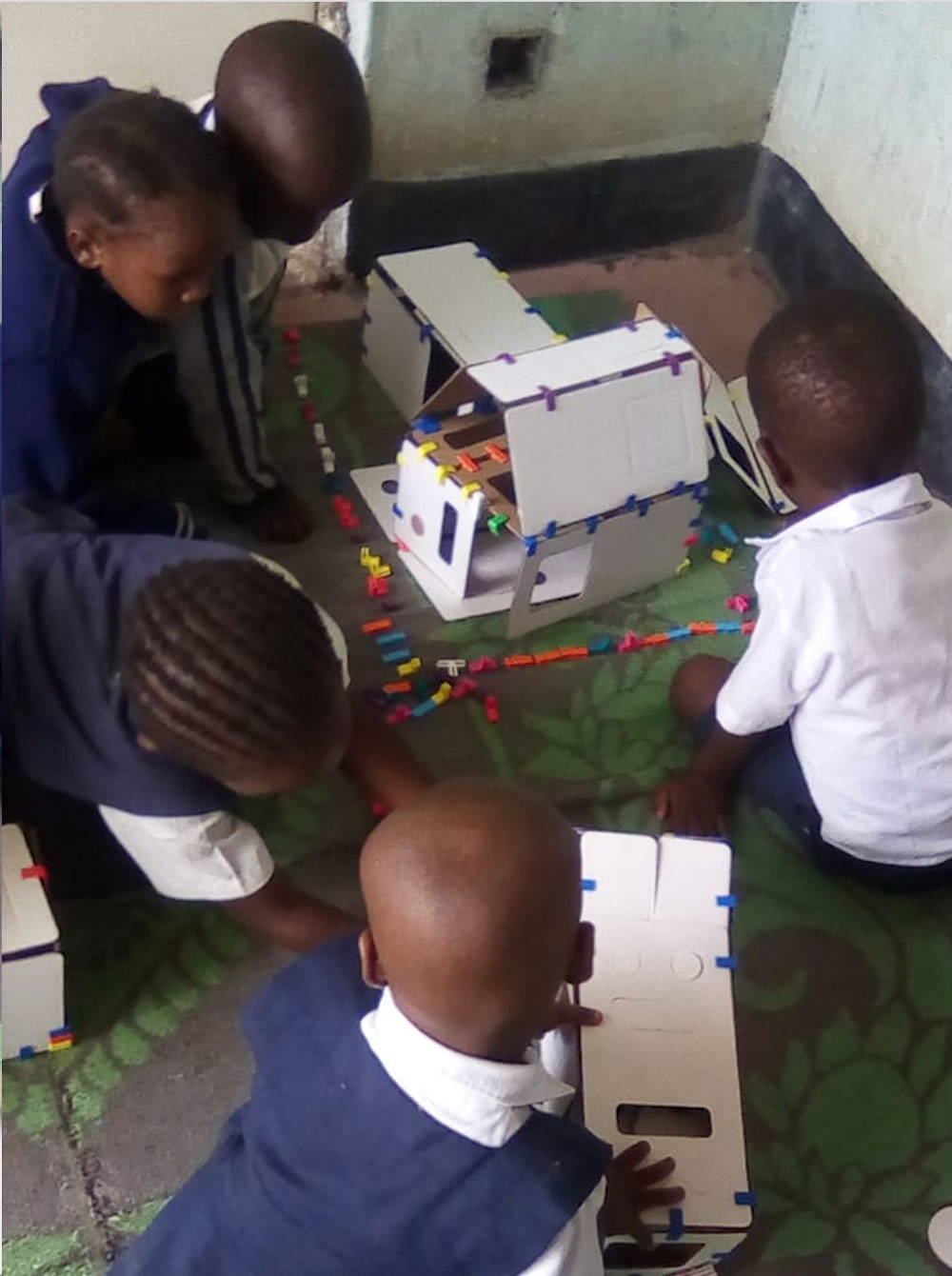 You may think that everyone in Africa lives in single story huts but that is not true. They have modern buildings with more than one story.  Kenya is also home to wide array of wildlife animals especially the big five; Lion, Elephant, Rhino, Leopard and Buffalo. So these folks added a fence around our house to keep our pets and children safe.

Fun fact #1: Kenya is known for the wide array of wildlife animals especially the big five; Lion, Elephant, Rhino, Leopard and Buffalo. These are the most dangerous animals in planet earth. 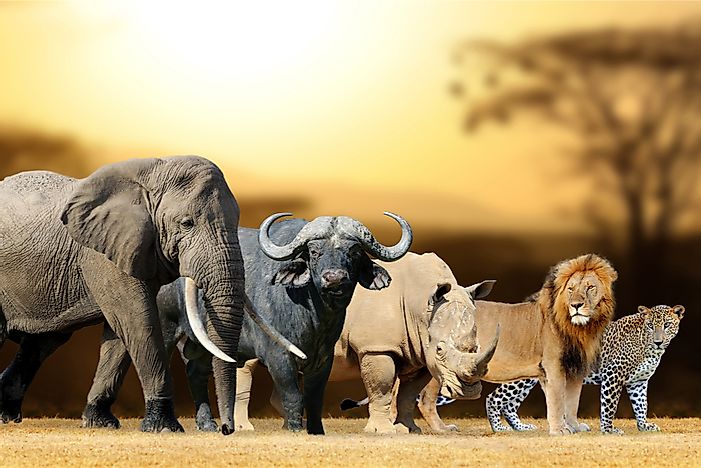 Fun fact #2: Mbita is a cultural name depicting a shallow water canal/land. It is believed that River Nile starts flowing from two of the eight small islands of Mbita in the heart of Lake Victoria (The world’s 2nd largest fresh water body). Unfortunately, it is hard to rescue people who fall into the canals because of the rough currents.

Fun fact #3: While Kenya is know for the big five, they also have domestic animals like; Donkey, dogs, cats. These animals help with daily tasks; for example, donkeys help with water collection and carrying heavy luggages. Sometimes, they fix two donkeys in a cart and have them carry heavy luggage. Dogs help by keeping wild cats, hyena and human intruders away in addition to hunting. Cats are helpful in keeping harmful animals like snakes, rats and other dangerous insects away from the home. You may not think that bugs can be dangerous but in Africa, mosquitos actually kill more people than lions! That is because they can give you an infection called Malaria. But if you come to visit Africa, don't worry because there are medicines that can prevent yo from getting malaria. 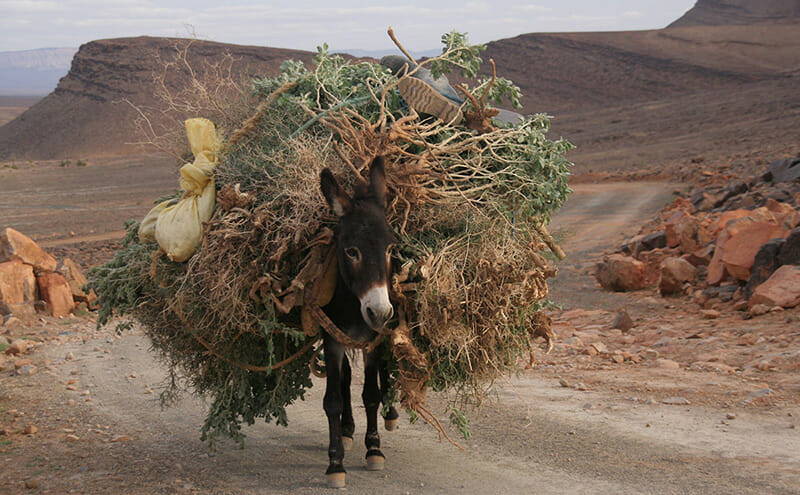 about 3Dux global
support a school 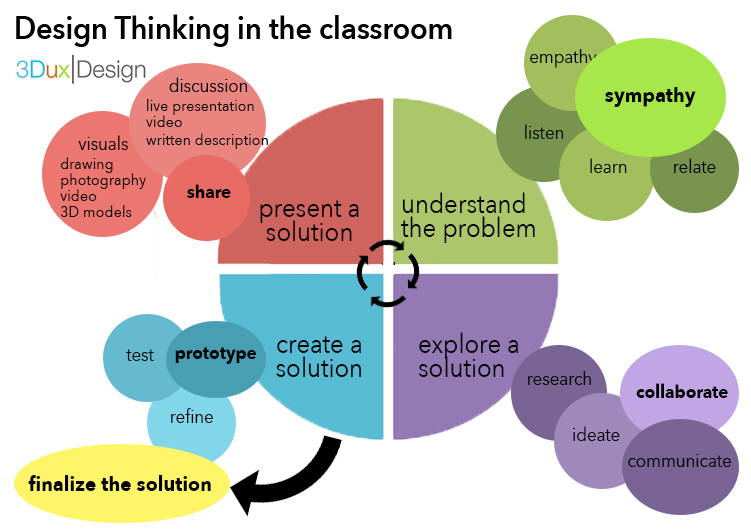 We are a team of designers, educators,  architects, engineers, artists and other thought leaders having some serious fun educating the next generation. Our project-based workshops inspire children to define problems, collaboratively explore solutions, create, and reevaluate. 3Dux classes incorporate a wide range of topics including sustainability,  urban planning, and social equity for a more holistic approach to STEM learning.